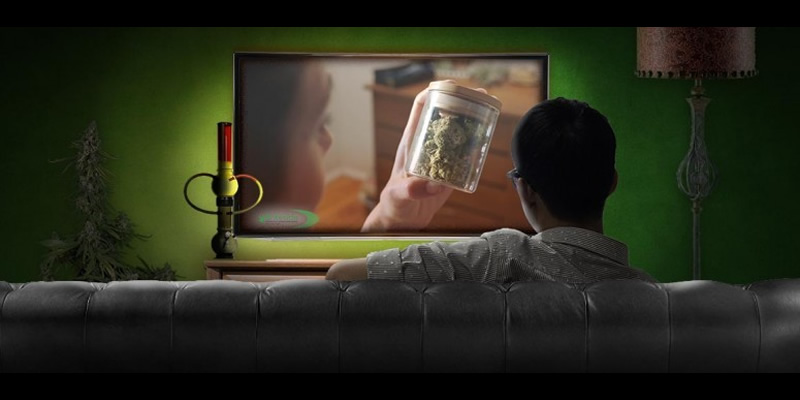 With the growing attention and legalization that the use of cannabis has gathered in many places, it is necessary to fully understand the benefits attributed to cannabis. In this growing era of cannabis use acceptance, so also is the popularity of cannabis on the media.

There is a widespread acceptance of marijuana in society, in which the media has been pivotal in its promotion. Here are some of the top cannabis-related shows of 2019. Many of the shows are for educational purposes, and they are steadily changing the discourse on cannabis.

Weed is the first TV show that brought cannabis to the screen of many. Weed was created by Dr. Sanjay Gupta, who also is the host. He created the show to educate people on the medical benefits of cannabis.

It was first featured on CNN in 2013, when few people knew about cannabidiol. And it has remained to stay with many of its intensive researches on the medical benefit of marijuana. Dr. Gupta had elaborately studied the effect of cannabis on the human brain and the benefits thereof. The show has gone ahead of changing the perception of society about cannabis. It is an excellent show to educate a non-cannabis consumer.

Weediquette started in 2013 as a web series and was later launched in Viceland in 2016. The show is hosted by Krishna Andavolu, who hails from Princeton, New Jersey. Krishna explores the culture, science and economics of legalization of marijuana.

The series has dealt well on controversial topics to include medical marijuana, children or prosecution of non-violent users of marijuana. From an educational perspective, Weediquette has engaged many people with their interesting ideas.

High maintenance just like Weediquette originally premiered as a web series on Venmo in 2012 and began airing on HBO as a television series in 2016. The show is an American comedy-drama series created by Ben Sinclair and Katja Blichfeld.

The series follows an anonymous Brooklyn guy who delivers cannabis in New York. The show is focused on the lifestyle of those who use marijuana delivered. Also, it provides an entertaining breakdown of stereotypes about the consumers of marijuana. The show not only addresses cannabis-related topics but also non-cannabis related topics faced by many in the society.

Bong Appetit is a cannabis cooking show, hosted by Abdullah Saeed who throws elaborate dinner parties. Bong Appetit started as a web series on vice.com, and it has grown over time. Now a reality TV show starring on Viceland that shows how cannabis can be taken with food.

Abdullah Saeed throws parties inviting different chefs who prepare elaborate meals infused with cannabis. The show is enlightenment in different ways cannabis can be consumed and how it can be incorporated into one’s daily activities.

The show features the Marijuana man smoking different strains of marijuana around his home. It elaborates on the dichotomy of cannabis and the ambiguity between its legality and illegality.

True Buds Show is a fast-growing show on marijuana created in 2019. The show is more of educational and entertaining, where people in the cannabis industry from the Business owners, Entrepreneurs, Growers, Artists and basically anyone who likes to smoke and hustle gets interviewed in their weekly podcasts.

True Buds Show is based in California. The show is centered on marijuana, its cultivation, products, concentrates, consumption and many other cannabis-related topics

If you are new to cannabis and you want to know more about the products, varieties, consumption, benefits or as well make money, you can do well to subscribe to any of these channels to learn more.

In conclusion, it is important for a prospecting or new cannabis user to know about the type of cannabis to consume and how best it is consumed to yield the desired effects. Above are the favorite shows of 2019 that can give answers to many of your questions.