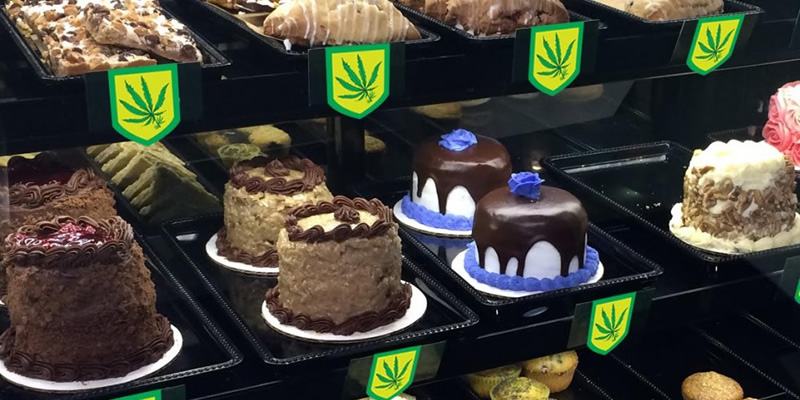 This is one of the most trending questions asked by the vast majority of cannabis investors. The cannabis industry has continued to grow exponentially thanks to the legalization of marijuana for both medicinal and recreational use. As the industry grows, numerous opportunities have emerged one of which is making cannabis edibles.

Due to the newest initiatives to allow cannabis for recreational and medicinal use in most states in the U.S., weed edibles have become an all-time classic as more cannabis patients and stoners are turning to edibles as the primary method of consumption.

In states such as California, Colorado and Washington, the edibles market has grown by at least 121% as compared to other years thanks to the legalization of marijuana. This explosive growth has been triggered by the vast majority of patients and stoners who have appreciated the idea of eating edibles instead of smoking.

Finally, due to its popularity, marijuana edibles have paved way to the emergence of cannabis cooking classes which teach students and chefs how to prepare a variety of marijuana-infused menus ranging from cookies, brownies, chocolates and Swedish meatballs among others.

Cannabis edibles have reached out to the masses as they’ve been welcomed by young adults who don’t want to smoke. Since they’re higher in price as compared to marijuana strains, edibles usually account for about 25 to 60% of profits made by local dispensaries.

What exactly are cannabis-infused edibles?

Just as the name suggests, edibles are marijuana-containing foods and treats that are consumed by mouth rather than being smoked. They’re more potent as compared to smoked marijuana as the THC in them is first metabolized by the liver before heading to the brain. But this reaction makes edibles acting much slower as compared to smoked marijuana whose THC heads straight to the brain after smoking.

Edibles are grouped into four major categories which include: indica-only, sativa-only, hybrid (a mixture of the two) and pure CBD.

What do you need to know before selling edibles?

From what we’ve learned so far, it’s evident that marijuana investors are set to make real money in selling edibles. Although the demand for edibles is growing at a rapid pace, there are those things you need to be aware of to ensure that you’re fully acquainted with the edibles market.

Cooks and chefs in the cannabis edibles industry

The marijuana-infused edibles market has continued to boom in recent years thanks to lack of competition from the illegal black market. With the emergence of training schools such as the Cannabis Training University, students are taught how to make delicious treats out of cannabis. This has led to the emergence of professional cooks and chefs who are able to combine the right products/ingredients to make delicious weed cookies, brownies and chocolates.

How do you start an edibles business?

Are you planning on starting your own edibles business? Well, opportunities are endless considering this multibillion-dollar industry has experienced a massive growth since the legalization of cannabis in most states for medicinal and recreational use. In fact, nearly 60% of Americans live in the states where marijuana has been legalized in one form or another.

In 2017 alone, the edibles sector played a major role in the massive growth of the marijuana industry. Due to this fact, the edibles sector has proved to be an extremely lucrative business opportunity for new investors, so you might be thinking of joining this market. Since the industry is still young with plenty of room for prepared entrepreneurs, here are some key pointers you need to understand before setting your feet on the track.

States that have legalized marijuana in the U.S. offer vary laws when it comes to the sale of cannabis and its byproducts. While some states legalized marijuana only for medicinal and recreational use, others allow its use for any purpose for adults over the age of 21, while the rest prohibit the use of cannabis entirely. You should find out what is allowed in your state.

What’s the initial cost of starting the business?

This is one critical question you need to ask yourself before setting up an edibles business. Although it’s not as costly as opening retail cannabis store, this sector has its own fine share of expenses you need to adhere to. Some of the expenses involved include:

Establish a kitchen or shop

Another key requirement for any investor planning to set a foot in the edibles sector is finding a commercial kitchen. A commercial kitchen for making cannabis edibles must be sanctioned for marijuana use making it somewhat difficult to secure a space.

As you all know, the marijuana industry has long faced a restraint from financial institutions such as banks. This makes it difficult to secure a loan to start a business in this bubble. Due to this challenge, most entrepreneurs prefer to join the market with their own money to avoid debts.

Grow your own cannabis

To ensure that you use the highest quality buds and flowers, most entrepreneurs prefer to grow their own plants. The only challenging part in growing your own marijuana is finding land to grow and hiring the appropriate manpower to maintain it.

Learn about the best weed edibles in the market

With the legalization of cannabis in many states, people have invented new ways of making edibles such as weed brownies, cookies, lollipops and weed gums among other treats. In the table below, I summarize 10 of the best weed edibles available in the market today.

Build your own marijuana brand

This is by far one of the most critical elements of your marijuana edibles business. Here, you’ll have to find a way of penetrating into the market by marketing your edibles, for example as gluten-free, sugar-free and all-natural among other catchy descriptions.

In addition to this, you should also check on the dosage, the packaging (childproof) and the colors/logo to ensure that they’re not appealing to children.

Finally, if you’re an entrepreneur hoping to join this fast growing marijuana-infused edibles market, then I believe you’re fully informed on the market requirements. The edibles industry is recording a massive growth projection that is set to continue in coming years thanks to the ongoing legalization of marijuana all over United States.

To ensure that you capitalize on this growing market, all you need to do is simply move in a state where cannabis is already legal. In addition to this, try making cannabis edibles with different and unique recipes to ensure that you stand out from the rest.