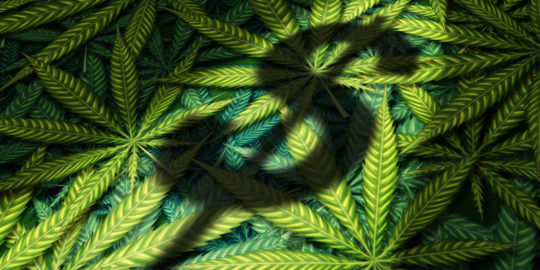 The legalization of marijuana in many states and countries has seen the industry grow at a rapidly. In a few short years, the cannabis industry has grown to tens of billions of dollars from virtually nothing in terms of revenue. The growth has not been because of any discovery or technological innovation like other rapidly growing industries. However, the projected rapid growth in medical marijuana is due to the changing societal attitudes and passage of more friendly legislation in some states and countries like Canada.

With the fast-growing markets for medical marijuana and high returns, many people have flocked the industry in thousands to invest in the new venture. However, if you are thinking of investing in this industry, you should know that it is unique in a number of aspects though it is associated with huge returns. The cannabis industry provides many challenges, which could be both intriguing and frustrating from the perspective of an investor, business owner or valuation professional. Here we look at the 5 main risks of investing in the marijuana industry:

1. Market is not as big as it seems

The first main risk of investing in the cannabis industry is that the commercial pot market is not as big as most business analysts might make us believe. For instance, the market for medical marijuana products in Canada is estimated at $1.3 billion. Nevertheless, what should be a worrying sign is that the market appears to have already plateaued.

According to reports, the market for recreational marijuana in the United States is predicted to be at $6 billion by 2021. However, this assumes that all the homegrown pot will be absorbed by the legal market and thus disappear.

The argument above is a poor assumption because the black market is not affected by the many costs of the legal industry. These costs include sailing through a regulatory labyrinth, operating mortar and bricks, a federal mandate to territories and provinces to test marijuana products quality. Therefore, the black market will have a cost advantage over those operating on the legal market.

As mentioned earlier, the rapid growth in the marijuana industry and the changes in restrictive rules caused a lot of people flood the market. In Canada, there are about 70 marijuana firms that are publicly traded, which is a very big number for such a small market. The choice by the American’s to retain their restrictive laws on medical marijuana at the federal level has prompted start-ups business to look at Canada as the major market.

Besides, in the private sector, there are at least another 20 Canadian cannabis companies. Most of these firms are looking forward to being listed in the stock market to allow them to tap Main Street investors who will provide the enormous amount of capital that they need. With these expectations, it is highly likely that there will be a shakeout of these firms.

Patchwork regulation is another main risk of investing in the marijuana industry. In the U.S, some of the states have adopted favorable legislation on medical marijuana, but the federal law still considers it illegal. If you look at Canada where pot has been legalized, municipalities, territories, and provinces will determine the types of pesticides that can be used in the cultivation of pot.

Besides, they determine the type of advertising and other permissible marketing methods, the distance from the nearest school to the retailer of cannabis products and the minimum age of the customers. The federals have set the minimum age for buyers at 18 years. However, the territories and provinces are allowed to set their minimum ages with some setting it at 20. This will result in patchwork regulations that will render legal market less efficient than the black market.

Millions of dollars will be lost in the legitimate industry in states and territories where the minimum age is set at 20 rather than at 18 since the use of pot skews to youth. This means more losses for investors, but the black market will still benefit from users below 20 and 18 years of age.

4. Prices and margins likely to fall

In Canada, the prices for recreational pot are expected to plummet as provinces like Alberta and Ontario begin purchasing marijuana in wholesale. The prices are predicted to fall to between $4.50-$5 per gram to $7-$12, which is what is being paid currently for medical marijuana.

The huge fall in prices will reduce the profit margins of the producer at least in half to less than 40 percent by next year from as high as 80 to 90 percent. This will be a huge blow to many investors, especially those with start-ups and those who will not diversify. According to reports, the margins are expected to fall even further, when Big Pharma gets into the market with its vast resources.

For now, marijuana industry appears to have only one business model for attaining sustainable success. Firms have to expand the volumes of production to minimize per-unit costs, at normal conditions or when there is falling retail prices and glutting the market.

Moreover, firms are also required to supply many markets, starting with recreational and medical marijuana to attain sustainable viability. The firms will also need to create uniquely branded products, such as oil, tablets, cannabis-infused beverages, and baked goods as well as spend on the development of new products.

The firms will also be required to expand their reach geographically. Some firms already have distributors in the United States, Canada and European countries that have decriminalized recreational marijuana.

However, the problem with this business model is that it is considerably expensive, as it needs costly acquisitions and internal growth. Mergers could address this problem, but the rampant merger activity has forced up the cost of the assets in the sector.

The marijuana industry is the new venture that any serious investor should consider. However, as mentioned earlier, the sector offers several challenges that can potentially ruin your chances of acquiring high returns. The article has discussed the main risks of investing in the marijuana industry, which we believe will help you understand what to expect in this venture.