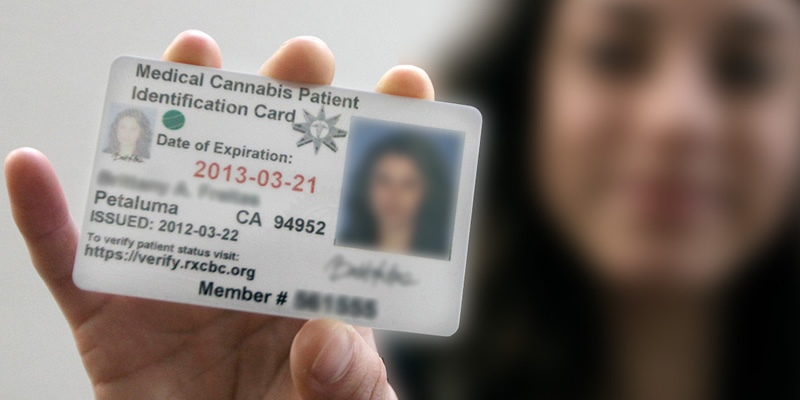 In the present scenario, taking cannabis, whether for medicinal or recreational purposes, is becoming normal. With the majority of the people are reforming the use of marijuana, States all across the US are changing their legislature. It is becoming significantly more acceptable to smoke weed. At present, marijuana is legal in 33 states, including Washington D.C. Of the 33 states, 11 of them allow its residents to use marijuana recreationally, while 22 states having medical marijuana programs require users to have a Medical Marijuana Card (or MMJ card) for smoking pot.

Although the states have legalized marijuana (to some extent), some dispensaries require medical marijuana cards. Truth to be told, many consumers buy marijuana off market even if the substance is legalized in their states. This is because most people don’t want to go through the process of getting an MMJ card. States like California have a straightforward process of issuing the medical marijuana card, while some states make the applicant go through more complicated procedures.

In this post, we will discuss everything you need to know about medical marijuana card. As said, the application process for MMJ card varies from simple to somewhat complicated, depending on the state you live in. Hence, the pros and cons may vary slightly.

What is a medical marijuana card?

According to each state’s specific regulations, these cards are issued. In order to qualify for a medical marijuana card, individuals are required to submit a signed recommendation for their licensed physician. The physician must highlight that marijuana is a useful treatment option for the patient. On the other hand, the individual’s medical condition must comply with the state’s regulations. That is, it must be an approved medical condition by the state you are living in.

There are many benefits and disadvantages associated with getting an MMJ card. In the following section, we will be looking at the pros and cons of having a medical marijuana card.

There are plenty of benefits to having a medical marijuana card. Let’s have a look at them all.

#1 You have legal protection

If you live in a recreationally legal state, having a medical marijuana card can be the difference between saving money and going on a spending frenzy. This is one of the prime benefits of having an MMJ card. It saves you a lot of money. If you possess an MMJ card, you can easily avoid retail and excise marijuana taxes. States, including Oregon, Massachusetts, Maine, and California, offer tax benefits for the MMJ cardholders. On the other hand, if you live in a medically legal state, you can still save a lot as compared to prescription medications. For example, Epidiolex, a drug made from the marijuana plant, can cost up to $2500 a month. Having a medical marijuana card helps you get that drug for a fraction of that cost.

When it comes to medical marijuana, the dose is particularly important. It requires an incredibly potent and strong marijuana dose to ease your symptoms. While medical dispensaries sell stronger weed, with an MMJ card, you can purchase cannabis more than the average limit, which is 1000mg. You can buy up to 2000mg of weed every time with your MMJ card. Moreover, you get quality weed with greater THC concentrations. This is the main reason why patients who are allowed to use medical marijuana are advised to apply for a medical marijuana card.

Now that you have understood the advantages of having an MMJ card let us have a look at the disadvantages.

#1 An MMJ card has to be renewed every year

You may don’t know, but applying for an MMJ card till you receive it, the whole procedure is somewhat a daunting process. There are a lot of formalities to be taken care of, and you need to prove the legislation why you are eligible for MMJ card. The sad part is, even if your MMJ card is issued, you have to renew it the next year to continue taking benefits from it.

Since the use of marijuana is a debatable topic, employers won’t find it pleasing if their employees use this drug. Moreover, even if you possess an MMJ card to show proof, it is not valid in most organizations.

Overall, we would recommend that you review the pros and cons of having a medical marijuana card before you think of applying for it. You need to know what you are getting into.