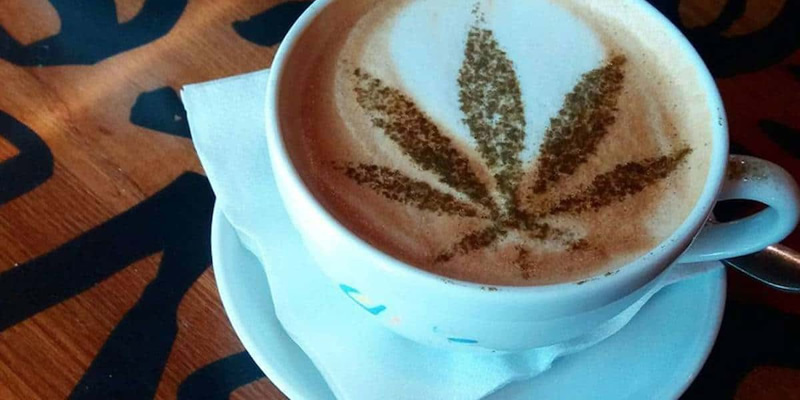 The recent rise of the CBD trend has seen people finding all sorts of creative ways to consume the substance. From gummy bears to CBD pizzas and even CBD coffee.

Of course, manufacturers added CBD to coffee. How could they not? Coffee is the third most popular drink on earth, lagging behind tea and water. According to Wikipedia, over 2 billion cups of coffee are consumed worldwide every day. Meaning coffee drinkers are a huge untapped market that CBD producers are eager to cater to.

CBD coffee makes sense for producers, great. But what you really want to know is whether the combination makes sense for you, the consumer. And the answer to that is: yes, maybe. It’s complicated.

The Benefits of Coffee

Before we talk about the benefits of the combination, it should be noted that coffee is plenty healthy on its own. The drink isn’t just delicious and stimulating, it also comes packed with its fair share of vitamins and nutrients. A regular cup of coffee contains about 11% of the daily recommended dose of Vitamin B2. On top of that, coffee also contains vitamins B3 and B5, as well as potassium and manganese.

B2 is the most abundant nutrient found in coffee, and it’s a crucial one. Also known as riboflavin, Vitamin B2 is part of the process in which your body breaks down what you eat — proteins, fats, and carbohydrates — into energy for your cells. B2 is constantly being depleted by your body’s normal functions, which makes it important for you to consume it often. It also affects how your body absorbs iron, and a deficiency in B2 can lead to you developing anemia even as your cells maintain their normal size and content.

Then there is caffeine, which is the main substance people think about when drinking coffee. In fact, while coffee is only the third most consumed beverage, caffeine is actually the most consumed psychoactive substance in the world. Caffeine provides a large number of health benefits, including the following:

The Benefits of CBD Coffee

Caffeine is an upper with plenty of health benefits, but it has its downsides, too. Caffeine can make people feel jittery and jumpy. The effects vary from person to person, but in some cases, people who suffer from anxiety found that caffeine makes their symptoms worse. Which can be a real problem for people who only developed anxiety disorders when they had already been caffeine addicts for dozens of years, as trying to stop drinking coffee can be a challenge.

Symptoms of caffeine withdrawal include headaches that can last for upwards of ten days after you stop consuming the substance and, most annoyingly, persistent brain fogs. Brain fog is the low to the caffeine’s high — it leaves you unable to have sharp focus or recall sharp memories. Combine that with the headaches, and you can reasonably expect caffeine withdrawal to hurt your productivity for at least a week, if not two. And you’ll likely have to deal with cravings throughout the withdrawal process and long after it.

For people suffering from anxiety and who don’t want to stop drinking coffee, adding CBD to the mix can be the solution. Like caffeine, CBD affects everyone that takes it a little differently. But in ideal conditions, CBD can cut down the anxiety-boosting effects of the caffeine and leave you with just the increase in focus.

The anxiolytic effects of CBD are well documented, and people who sell CBD coffee often focus on this benefit of the combination, as well as the potential nutritional benefits of CBD consumption. If your sole interest is managing anxiety, or if you just want to try something new, by all means, give CBD coffee a try. For people who use CBD for medical reasons, however, this may not be the best idea.

The Downsides of CBD Coffee

First and foremost, there is very little scientific evidence for the effectiveness of combining CBD and coffee. Which is fine. This is a new trend — science tends to lag five to ten years behind current events, and nutritional and dietary studies are notoriously hard to execute properly. Since there is very little risk associated with CBD consumption, you can be your own scientist in this case, and try out different combinations to see how they affect you.

What we do know, however, is that high temperatures tend to alter the properties of chemical substances. And that it can be very hard to get precise CBD dosing when consuming CBD coffee, even when you brew the coffee yourself and follow label instructions.

Precision isn’t that important for general recreational use, or for the aforementioned anxiety cases. But CBD has other medical uses. According to experts, patients using CBD to treat more serious conditions, such as seizure disorders or inflammation from autoimmune disorders, should refrain from this method of consumption, since the precision of the dosage is very important in the treatment of those conditions.

Finally, as stated above, on ideal conditions CBD should cut down the anxiety and leave you with the caffeine focus-boost. But there’s also the chance that CBD will just swing the pendulum in the other direction and leave you sleepy instead. Only experimentation will tell exactly how the combination affects your body, and make sure you only buy CBD products from certified sellers like CBD51.