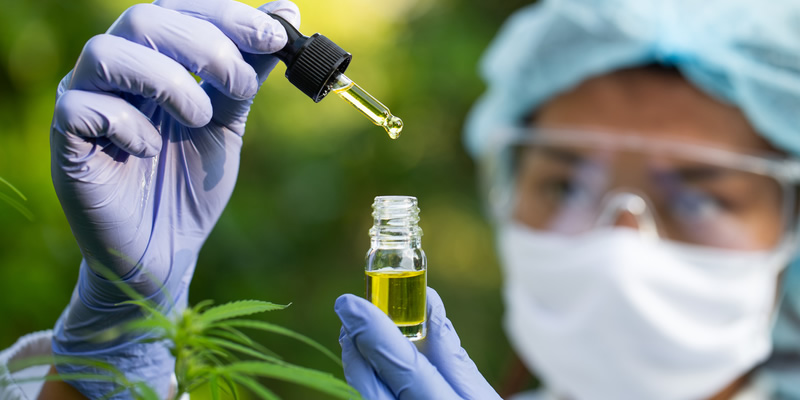 Cannabidiol or CBD has become more popular in the world today. Many people believe that it has several health benefits while others think it is a miracle cure for all ills. before using CBD, it is necessary to find out what science says about CBD. This way, you will be able to tell the facts from the myth when it comes to CBD.

Researchers found that CBD acts on the brain and the endocannabinoid system. This could help people with neurological disorders. One popular use in this regard is treating multiple sclerosis and epilepsy with CBD. Lots of studies have confirmed that it works well, even though the studies are relatively new.

For multiple sclerosis, an oral spray that contains both THC and CBD, Sativex has been proven to be safe and effective in reducing muscle spasticity in multiple sclerosis patients. From research, CBD worked for a few rare types of seizures, but there is no evidence that it is broadly beneficial.

So far, the most important research supports CBD oil use for seizures. An oral solution known as Epidiolex was approved in 2018 by the FDA. This CBD oil is used to treat people who suffer from rare forms of epilepsy. They are Dravet syndrome and Lennox-Gastaut syndrome. Scientists say CBD oil suppresses the seizures by reducing the speed of messages sent to the brain. This changes the calcium levels in the brain cells while also decreasing inflammation.

CBD Is Used to Treat Insomnia

CBD has also been proven to treat insomnia from a recent study. The study suggests that it can be used for reducing insomnia as well as anxiety in many people. It was published in The Permanente Journal and had 103 participants with variable results.

However, if insomnia is caused by other external factors, CBD may also help treat the symptoms. Another study found that CBD may help reduce pain, a major cause of insomnia. In a 2014 study, researchers found CBD improves sleep in patients with Parkinson’s disease. It improves symptoms of sleep disorders that are associated with nightmares and poor sleep.

CBD Is Used to Calm the Nerves

A 2019 case study revealed that CBD is beneficial in calming anxiety. The authors noted that 79 percent of the participants saw a drop in anxiety scores in just one month of observation. During the study, this number remained suppressed for three months. The participants of the study were given 25mg to 175 mg per day.

CBD oil works here by mediating the neurotransmitter, gamma-aminobutyric acid. This neurotransmitter is a brain chemical and it directs the neuron to stop firing or slow down. CBD calms the nervous system and induces sleep while relaxing the muscles. It essentially makes the body power down to reduce anxiety.

Cannabidiol has inhibitory effects and can be useful in managing craving triggers in people who use heroin. A study that involved both male and female participants found that CBD reduced craving in individuals who abstained from drugs. The study had 42 participants who reported reduced cravings after one week of taking their dose of CBD.

Researchers believe that CBD interacts with endocannabinoid receptors found in the brain as well as in the immune system. The response creates pain-relieving and anti-inflammatory effects that help manage pain. People with chronic pain such as back pain can benefit from this.

Other studies examined the effect of CBD on various kinds of pain from cancer pain to fibromyalgia and neuropathic pain. It found that the compound was effective for arthritis. The study was conducted on rats in 2016. CBD was used on the rats in gel form and it was concluded that 6.2mg daily was enough to reduce inflammation and pain in the rats.

Further animal studies have shown the potential of CBD. One used dogs with osteoarthritis and found that the pets were more active and felt less pain. This shows that it could be used for inflammation and pain treatment in humans. More studies are needed to show how CBD can improve our lives.