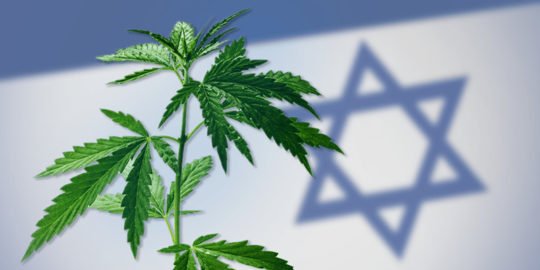 Israel has produced disruptive technologies across a full spectrum of industries including medical marijuana. It is all set to be called as the ‘cannabis nation,’ however, its success largely banks on the international market, especially the United States and Canada, to bring the money.

Although the nation still hasn’t legalized marijuana for recreational use, its researchers aren’t unfamiliar with the cannabis plant components for medical applications. Cannabidiol, also known as CBD, has been proved to be effective against severe health conditions like cancer, autoimmune diseases, and chronic pains.

Israeli researchers from the multi-disciplinary cannabinoid research lab in Hebrew University have now partnered up to develop potential treatment and management plans for more diseases, such as bone fractures.

Furthermore, scientists from the Laboratory of Precision Nanomedicine became the members of the scientific advisory board of SciCann, which is a Canadian-Israeli pharmaceutical organization that specializes in cannabinoid science.

Pharmacists say that THC and CBD products are already available at the local pharmacies in Israel, however, the pharmacists must take the new cannabinoid course before they can sell them. In order to meet the demand for new medications, the Israeli government established a course for the pharmacists specifically about medical marijuana in 2017.

Besides, the non-psychoactive CBD oil is now also legal in Israel, as well as other CBD-infused products. CBD oils and creams have become very popular among patients with skin problems, as finding something that helps relieve discomfort, like itching, is very beneficial.

A representative of cannabis development company iCan, which is also the organizer of CannaTech explains that the nation has plenty of experience in farming and agriculture. Cannabis, which is an agricultural product, is being sold for $100,000 per kilogram, and this kind of capital cannot be generated by the cucumbers or tomatoes.

According to them, Israel is on the brink of capitalizing the marijuana industry by $300,000,000 in taxes alone. However, it totally relies on how Canada and the United States acts when it comes to the exportation of cannabis products.

International exportation of cannabis products is very crucial to Israel’s economy, as the nation relies mostly on global acquisitions and exportation to thrive. Previously, it was the high tech innovations, such as Waze and Mobile Eye, that made the country stand out. But today, it is cannabis that’s taking the lead.

The promise to an economic boost is legit, since the cannabis plant is now outgrowing bad reputation, which it has since the 1930s.

Canada became the second nation after the Uruguay to legalize medical marijuana. Ten states in the US have also legalized marijuana for recreational use.

Although it has its recreational aspects, it is the medicinal characteristics of marijuana that promise the big incomes.

With the Israel’s temperate climate acting perfect for the hemp plants to grow, it is only about the matter of time when the nation will start handling the growing, harvesting, and manufacturing of the cannabis products for the rest of the world. With that said, Israel is all set to become the next cannabis powerhouse in the world.