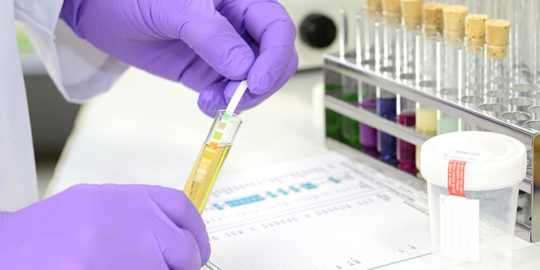 Marijuana is one of the commonly used drugs. The reason behind this is quite obvious—marijuana is readily available. It is one of the easiest drugs for anyone to acquire. Marijuana is even legal is some few countries in the world. However companies will always drug test their employees or job applicants to determine if they are using it.

Indeed, there are solid reasons that companies always insist on a regular THC drug testing for employees or any job applicants who might join the company. Generally most of these reasons have something to do with morality, legislation, safety and even the ethical urge of the employer to do what is simply right. Below is a detailed explanation on why companies drug test for marijuana.

Safety for all in the work environment

Marijuana is one of those drugs that do not usually have severe effects when used. However, if an employee is high, there is a safety concern to themselves, other employees and also the customers who use the end product, in case the production process involved in the company needs some strict safety checks. The employees, who is under the influence of weed might not be able to conduct these safety checks satisfactorily. They can also potentially hurt themselves if their job involves the operation of different machines. Most companies in the country are advocating for a safe work environment for all employees. This is very important as it reduces the number of injuries in the work place. The last thing the employer needs is an employee hurting themselves in the workplace as a result of cannabis use and that is why most companies are nowadays do a routine drug test on their employees.

If an employee is injured or hurt in the workplace, there is always an investigation probably followed by a lawsuit. If an employee does their work under the influence of marijuana, the chances of the employee injuring or hurting themselves are higher. In case of a legal suit, the business might even be found at fault. Even if the investigation unveils that the employee was under the influence when the injury occurred, it is not usually the employee who only suffers the legal consequences. The whole company is also directly involved. Therefore it is in the best interest that the company does occasional or daily drug test on its employees.

A lawsuit pertaining marijuana use or even the use of other drugs by the company’s employees will have a negative impact on the company’s reputation. If a report shows that employees have been using marijuana and that the company had no checks in place, then customers might stop buying products from the company. Customers are always concerned with the safety of the products they are using. If such a report circulates in the media, then it will scare off the company’s investors. The company will then be left without a source of funding which is essentially crucial to running the business.

Keeping employees effective and productive in the workplace

The use of drugs, such as marijuana in the workplace might not necessarily lead to an accident or injury. However, there is always the issue of employee productivity level in the company. Marijuana has some effects on the brain and body of the user and this might affect the productivity of the employee. This, in turn, affects the productivity level of the company.  However there is a contradiction to this theory as research done on the use of marijuana has shown that it has limited effect on the body and mind. In fact, the use of marijuana is less damaging to the employee compared to the use of other drugs or alcohol. However, cannabis use definitely affects concentration levels and companies do not allow it in the workplace.

If some employees in the company are using marijuana, this can mean that they possibly need help. This might not happen without drug testing. Many people believe that companies use drug tests to fire employees. This is not always the case. Most companies will ensure that their employee get the help that they need to stop abusing drugs. Marijuana is an addictive drug if used for a long time. Most companies put their employees through rehabilitation to ensure that they stop being dependent on drug use. This saves the careers of such employees.

One of the main reasons that companies will insists on drug testing employees on marijuana use is a financial one. Companies want to reduce the amount they spent on medical costs and accident expenses. If employees are using marijuana, they might injure themselves or their fellow colleagues. This leads to more accidental injury claims that can easily be avoided by the company. However, there might be a contradiction as marijuana is also known to have some medicinal properties.

Many people in the society and workplace do not agree with the use of marijuana especially in the workplace. A company might not be willing to compromise existing work ethics and simply allow employees to get high. This might not even be related with the employee productivity in the workplace, but is surely a morality issue. This desire for a company to ensure a drug free working environment leads to routine drug test to ensure that employees are not using marijuana.

The issue of a company drug testing their employees on marijuana use has always been a debatable one especially in the countries or states where the use of marijuana is legal. However the issues above have managed to convince companies to implement different policies on drug testing. Marijuana will always be among the most sort out after drug when it comes to many companies. Marijuana has some known health and medical properties and this should not probably be the case.