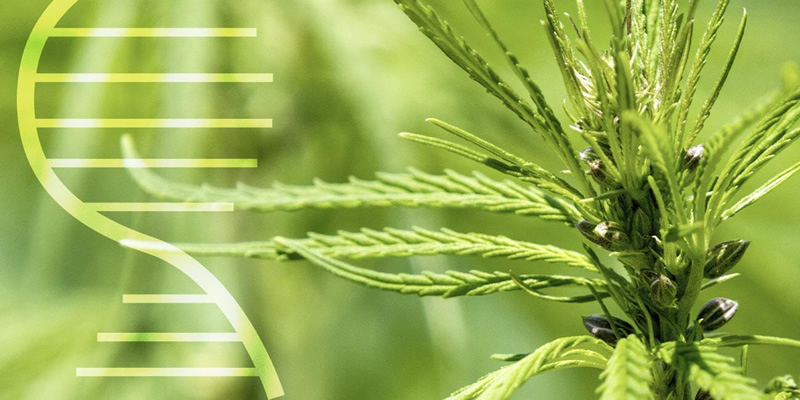 Most people wonder whether marijuana is addictive, especially if they use it recreationally. After years of asking this question, the consensus is out: marijuana does not contain any properties that lead to a physical addiction. But, as with any substance, marijuana can lead to psychological addiction, and surprisingly, DNA can tell recreational users how likely they are to develop one.

What Is the Endocannabinoid System?

The body possesses an endocannabinoid system that is continually regulating one’s appetite, mood, sense of pain, memory, cognitive function, and other processes. This system also produces endocannabinoids that are similar to the phytocannabinoids found in cannabis.

How Is Marijuana Addictive?

The endocannabinoid system is malleable. For it to achieve balance, it will change the number of receptors it has if there’s an excess of cannabinoids in the body. What does this mean in everyday language? If the body is reliably and consistently receiving phytocannabinoids, it will start to recognize a constant external supply and decrease its endogenous production as a result.

When the endocannabinoid system decides to decrease its natural production of cannabinoids, it will start to depend on the continual ingestion of phytocannabinoids. When it gets to this point, the result is simple: a person develops a marijuana use disorder.

Of course, many people say, “Marijuana is not addictive. It’s habit-forming.” But to be honest, that statement is contradicting. Addiction stems from a repeated habit, and if a habit leads to negative consequences, then it’s a sign of addiction or use disorder.

What’s more telling is that marijuana use disorder is classified by the Diagnostic and Statistical Manual of Mental Disorders (DSM). According to the handbook, for something to be considered an addiction or problem, the action or activity must interfere with someone’s daily activities. In the case of cannabis, this would mean a person has developed a habit of missing meetings, avoiding responsibilities, skipping work, turning in unfinished projects, or taking other detrimental steps to consume cannabis.

But the best indicator of a marijuana use disorder is whether or not a person experiences withdrawal symptoms. Given that cannabis does not necessarily cause physical side effects following a reduction in use, marijuana use disorder is more of a psychological addiction, meaning the withdrawal symptoms will also be psychological.

To better understand this concept, it’s essential to know that psychological addiction occurs when something hijacks the brain’s reward mechanism. When someone satisfies a craving, reward-related neurochemicals are released. However, if the craving is never satisfied and becomes too strong, the brain will lose focus on the task at hand and concentrate on satisfying the craving to receive those reward chemicals. Eventually, the mind will keep satisfying that craving by convincing the person to ingest more of the same substance.

Researchers are looking more and more into genetics and their role in substance abuse. Today, scientists can study a large group of people and their genetic variations to determine if there are specific genes associated with marijuana use disorder.

In a study of nearly 15,000 people, common genetic variations called single nucleotide polymorphisms (SNPs) were identified as being associated with marijuana use disorder. These SNPs also explained the possible relationship between marijuana use disorder and depression as well as schizophrenia.

In a more recent study, however, researchers explored the relationship between genetics and cannabis cravings. For the study, scientists genotyped 48 cannabis users to see whether they had any SNPs in the fatty acid amide hydrolase (FAAH) gene, which researchers link to marijauana use disorder, or the cannabinoid receptor 1 gene.

The participants were given either THC, a combination of THC and CBD, or CBD isolate, which researchers used as a placebo in the study. The scientists asked the participants about their marijuana cravings and also analyzed their behavior. After intensive examination, the study showed significant behavioral differences in people who had certain SNPs compared to those who did not. This study provides substantial insight into how researchers can analyze recreational users’ genetics to help them prevent a marijuana use disorder from ever developing.

But what if someone is already using marijuana recreationally and is unsure of whether or not they have a dependency? Unsurprisingly, there are several symptoms of marijuana use disorder that they can use as a guide.

Symptoms of Marijuana Use Disorder

How to Prevent a Marijuana Use Disorder

There are two ways for recreational marijuana users to reduce the likelihood of developing a marijuana use disorder.

For some people, the more marijuana they use, the more they need. When someone builds up a tolerance, the person will need to consume extra marijuana to get high and receive those reward neurochemicals.

To prevent this situation, recreational users should take tolerance breaks. However, this strategy will look different for everyone. After someone uses marijuana, there are residual THC levels in the body for different periods of time. For an infrequent user, for example, the half-life of THC is 1.3 days. For frequent users, the half-life goes up to 5 to 13 days. This information means that the length of someone’s tolerance break will depend on how often that person uses marijuana.

If someone uses marijuana daily, the person should probably avoid marijuana for a couple of weeks or even 30 days versus someone who uses it every so often. For infrequent users, a 48-hour tolerance break might be the only thing they need to help their endocannabinoid system reset and produce its endogenous cannabinoids to achieve balance.

Another factor to consider is that many people consume cannabis purely out of habit. For those who smoke marijuana, for example, the act of smoking might be the thing they love, not the actual marijuana. In this scenario, recreational users can enjoy a tolerance break simply by smoking CBD flower because it satisfies the urge to smoke without using THC.

People should find out if they have a genetic predisposition for addiction. Knowing this information can help people become mindful of their behavior and cannabis use.

The brain is clever. If it sees marijuana as a reward, it will think of every excuse why someone could consume it. But if people know they are genetically predisposed to developing a marijuana use disorder, they can monitor how often they use cannabis to ensure they never form a dependency. In this way, the person takes control of their consumption, instead of letting the consumption control them.

Genes play a role in addiction, but personal responsibility is also a factor

Genetics is indeed involved in a person’s predisposition to addiction. If a person knows they are genetically predisposed to marijuana use disorder, there are steps they can take to reduce their risk of developing a dependency on the substance.

By being mindful of their consumption, as well as taking frequent breaks from cannabis to maintain a level of sensitivity to it, people can responsibly prevent marijuana use disorder and continue to use the substance in healthy doses.

Nicco Reggente is a co-founder of Strain Genie, a Los Angeles based startup that offers a cannabis DNA test to match patients and recreational users with the right cannabis products, strains, terpenes, and dosage recommendations. Nicco received his Ph.D. in Cognitive Neuroscience from UCLA where he focused on using machine learning and neuroimaging to predict the efficacy of treatment regimens.