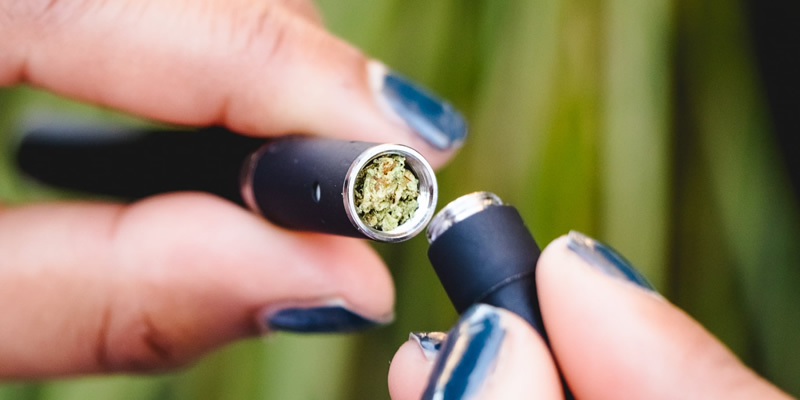 If you are an avid stoner, then you’re familiar with the numerous ways of consuming marijuana. From blunts, pipes, bongs to joints, the list keeps getting bigger. This case could be attributed to the search for a healthier or harmless of smoking weed. Vaping joins the list as one of the methods that have increasingly captured the interest of not only marijuana users but also the medical research community. Just like e-cigarettes, vaporizing dry herb raises all kinds of questions, including whether dry herb vaporizers are better than the other methods.

Before addressing this, it’s safe first to understand what exactly vaping entails. In essence, the technique involves the heating of marijuana without burning. In turn, the heat triggers the release of the active elements/ingredients of cannabis as inhalable and smokeless vapor. A vaporizer aids this process, ensuring that the herb does not reach combustion temperature. The device also helps in delivering the fine mist/vapor to your mouth. With that said, is this method better than smoking marijuana? Read on to find out.

The cannabis vapor from dry herb vaporizers contains a considerably lower amount of carcinogens, tar, and other harmful by-products compared to cannabis smoke. When plant materials are burnt, they produce numerous compounds that can potentially harm your health. Alternatively, using a vaporizer reduces this risk. However, bear in mind that the latter eliminates the risk of exposure to harmful by-products to a certain proportion. In fact, the research carried out by Public Health England estimated vaping to be 95% less toxic compared to smoking.

Most vaporizers on the market feature different temperature-control settings which allow you to get the specific amount of temperature that you need to burn the weed. Once you fine-tune it, the heat level remains the same throughout the vaporization. Albeit it may take a while for you to get the right temperature for your strain, you’ll still experience something nice with a best dry herb vaporizer, from a mild and mellow feeling to a deep euphoric feeling.

Do you love weed but hate the odor associated with using it? Well, consider using a vaporizer to mask the noticeable odor. Vaporizers flash-cook the herb to produce vapor. This process prevents the smell produced by burning weed from forming and spreading, primarily since you inhale all the vapor instantly. However, before you choose to get high in public using these devices, keep in mind that a little odor may still be produced.

The active chemicals in a cannabis plant are very volatile. That means they react to any slight change in temperature. By burning the herb, you lose between 15-20% of the best compounds that deliver the desired “high”.  For that reason, smoking is regarded as a relatively inefficient technique.

However, vaporization gives you full control of the temperature. Therefore, you get the apt and specific amount required to preserve the THC. This helps you to reduce the amount of bud you use because the herb in the vaporizer remains potent and pure. Besides, it saves you money.