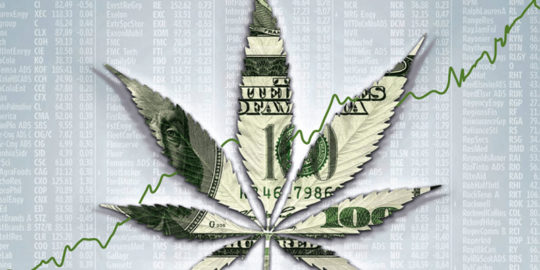 Marijuana stocks remain in news following legalization of cannabis in Canada in October last year. If you are considering jumping this bandwagon, there are four reasons why marijuana stocks are better investments in 2019.

Thanks to avid interest, it is now possible to invest in marijuana stocks as well as Exchange Traded Funds (ETFs). Returns on investments are also indicating an upward surge.

So if you are serious about it, here are reasons you can consider cannabis stocks.

Various factors speak in favor of investing on marijuana stocks.

The process of legalization of cannabis is at various stages in other states.

Germany, UK, India and some other countries are actively considering legalization of marijuana for recreational use. Uruguay and South Africa already also allow recreational uses of cannabis with some restrictions.

The case in India seems very interesting. Their newly formed Ministry of Ayurveda, Yoga, Unani, Siddha and Homeopathy claims marijuana has restorative effects on cancer patients, following an exhaustive 2018 study. This may open up a medical market for marijuana where it continues to remain in consumption over the centuries and finds mention in their ancient scriptures.

In 2019 and beyond, we will definitely see some countries open their markets, at least for medical uses of marijuana. Hence, we would see prices of US marijuana stocks and ETFs soar as global demand for superior quality marijuana surges.

We’re already seeing beverage giants including Diageo PLC and Constellation Brandz STZ making moves towards acquiring stakes in marijuana companies. The reason: beverage companies are increasingly worried about cannabis emerging as their newest competitor following legalization in some US states and foreign countries for recreational use. There are reports of PepsiCo and Coca Cola Co keeping close tabs on the marijuana industry and cannabis legalization.

While some beverage manufacturers are already experimenting with development of marijuana laced drinks, others may begin their own cannabis offerings in the market. Beverage industry experts aver, alcohol firms like Diageo PLC and others would definitely love to have a slice of the large cannabis market pie. Rather, they would like to be seen as a single window for alcohol and cannabis among consumers.

A major factor in favor of beverage industry is their distribution network. Once legalization becomes widespread, beverage companies can launch cannabis products, including marijuana-laced drinks almost instantly and ensure efficient distribution within their markets.

These billion Dollar deals clearly indicate, cannabis companies are on a roll. That they are no longer limiting themselves to marijuana but wish to spread to other sectors too.

For investors, this is good news since stocks of marijuana companies will soar. Not instantly perhaps but gradually, over the years, as their operations become highly profitable due to legalization and other factors.

Other Reasons to Invest in Marijuana Stocks

Taboos over marijuana consumption are fast disappearing, in the same manner they had vanished for alcohol some decades ago. Hence, huge potential for marijuana and related products already exists. It only needs to be tapped.

Recently, Bloomberg had reported about marijuana laced beverages as likely contenders for a 20 percent stake in cannabis edibles market.

These facts would clearly explain the four reasons why marijuana stocks are better than most of other investments. This is a fast emerging industry with tremendous and untapped potential. As the industry grows, your investment is likely to fetch excellent returns. If you aren’t already on the marijuana stocks bandwagon, the time to jump one is right now.