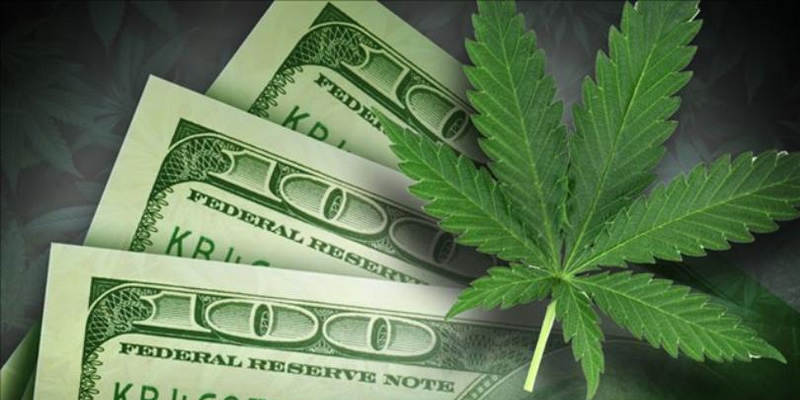 With the exception of cryptocurrency (most particularly Bitcoin), one of the highest trending topic in the investment arena in recent years is generally the marijuana industry. It’s not hard to see why as the excitement in this sector is growing by the day following the legalization of both recreational and medicinal cannabis in most states of the U.S. and Canada.

Now, according to most reports, the marijuana industry is set to blossom in coming years as the wave of legalization continues to roll through most states in the United States. As the energy continues to grow, more and more investors are pumping millions of dollars in this industry either in the marijuana stock markets or in companies that are developing around the marijuana bubble.

Now, although the marijuana industry is obviously leaving its trading peers in the dust, there are a lot of things you need to be aware of before investing your hard-earned money in this risky sector. So, before you put your money in the cannabis space, here are 8 things you need to know if you’re ever hoping to make a profit.

In the United States, most people are in full support of the legalization of cannabis for adult recreational use. According to separate polls conducted by FOX News, Pew Research Center, Gallup, CBS News and the Quinnipiac University, nearly 64% of the public was in favor of cannabis being legalized. Now, this survey was a huge contraction to the 1995 survey conducted by Gallup where only 25% of the public were in favor of cannabis.

The public is overwhelmingly voting for the legalization of medicinal cannabis

The legalization of medical cannabis is gaining greater support from the public. This is evident in the recent April 2018 survey conducted by the Quinnipiac University where nearly 93% of those interviewed supported the idea of releasing medical cannabis to patients suffering from various illnesses.

Know the companies you’re planning to invest on really well.

Now, what are you investing in? Is it a farm, a technology company, a retailer or medical company? According to analysis by Bloomberg Intelligence, pharmaceutical businesses around the cannabis bubble are by far the most successful followed by marijuana growers and consumer products. To give you a more detailed breakdown of investment in the marijuana sector, let’s see the table below.

As you all know, cannabis is still a Schedule 1 substance meaning it’s highly illegal at the federal level. In fact, apart from Uruguay, cannabis remains to be an illegal substance in all other parts of the world. Therefore, to avoid taking any chances, choose companies that are not directly linked to cannabis such as real estates.

Nine states have allowed the use of recreational cannabis

Since the November 2012 elections, nine states in the U.S. have legalized the use of cannabis for recreational purposes for adults over the age of 21. Colorado and Washington were the first to vote for the legalization of marijuana where 7 more states followed suit.

Financing this sector is a great challenge

Although most states are fighting tooth and nail to legalize marijuana, this substance remains to be illegal at the federal level (especially in the majority of the countries globally). With such a setback, gaining monetary support from banks such as loans and credit will definitely prove to be challenging. You see, most banks and financial institutions will shy away from funding this sector due to fear of being fined or charged for aiding marijuana-based businesses.

In addition to facing steep financial struggles, most cannabis businesses in the U.S. pay exorbitant taxes to the federal government. Although some states have authorized the use of cannabis either for medicinal or recreational use, the federal laws perceive marijuana as illegal.

According to reports, the FDA might be a step away from approving its first cannabis-based drug. According to GW Pharmaceuticals’ CEO Justin Gover, the drug Epidiolex is not the only beneficiary but also most patients who are set to benefit from this medication.

Although Epidiolex is made from multiple molecules of CBD, it’s not known to produce a high. This is because THC (the substance responsible for the high) has the lowest percentage in the formula of just 0.1%. According to Gover, Epidiolex is aimed at treating Dravet syndrome and Lennox-Gastaut syndrome (two rare forms of epilepsy in children between the ages of 2 years and older).

Most cannabis stocks are found in the OTC markets

Although most marijuana stocks are listed in the Over-The-Counter (OTC) sector, a few prominent businesses trade in the main stage of the NYSE and the NASQAD. Although these companies are less (those trading in the NYSE), the best thing is that they’re significant players offering investors a perfect platform to make profits.

Speaking of the OTC exchanges, you need to be diligent in your research to avoid recording losses. You see, companies that trade over the counter do not have audible financial reports with regulators. This simply means that claims can be exaggerated and stock prices can be manipulated by fraudsters making it difficult to make profits.

From what we’ve seen, it’s evident that investing in marijuana is not as easy as you might have thought. There are many factors you need to consider before investing most of which are government driven. Now that you’re fully aware of the cannabis world, one question you need to ask yourself is: is it really worth to invest in cannabis stocks?