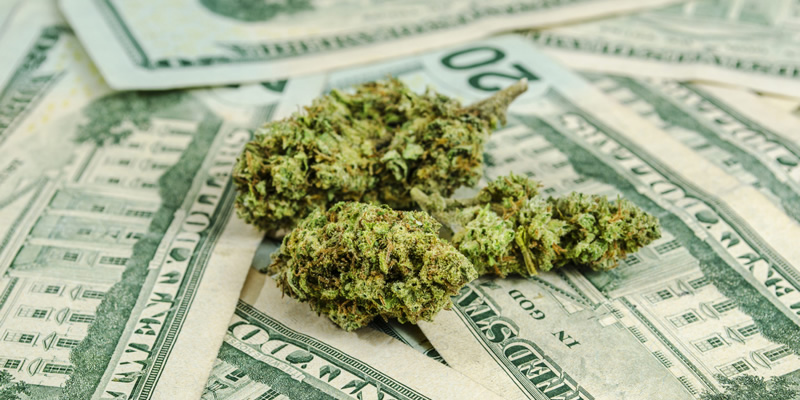 Marijuana market is a new venture that is also growing at an alarming rate, but the truth is that it can often be quite confusing for investors. The industry has hit new highs in the recent years, and it is still growing, which makes it a better time for any investor to get in as compared to any other time before. Besides, the changing legislation in states across the U.S and countries that initially had restrictive rules on marijuana shows how the future of this new market is promising. For instance, Canada is set to officially legalize the use of medical marijuana from 17th October this year.

Over the past six months, the cannabis stock index has risen by as much as 71% globally, which is a display of the expected annual growth that we expect in the coming years. With the legislative issues surrounding the cannabis industry, the stocks may be still down, but the future appears more favorable. Here we look at the mistakes to avoid when investing in marijuana industry. These include:

Failure to read data from companies

The first mistake that an investor can make is failing to read the data from the companies when entering into the cannabis market stocks. Usually, the fillings for any publicly traded entity or cannabis companies are available online for the public. Therefore, as an investor, you have access to all the vital information on the companies that you would be potentially interested in investing in at your fingertips. Most of the information may not be significant in discerning whether to spend, but it can be helpful in making a decision.

With the legal standing of marijuana, many companies in the industry are under some state of uncertainties. This means that it finding the data could be a considerable challenge as some companies might not be ready to give it to the public. However, this is quickly changing, and it appears that the information is becoming more accessible.

Failure to understand regulations in the markets

Investing in marijuana without understanding the regulations in the market whether country-specific or state-specific can be a big mistake and high risk. This includes checking whether the management team is involved with any industry associations, whether anyone on the board of advisors or managers is a compliance expert or a regulatory and if the company has a compliance procedure.

The other major mistake you can make when investing in the cannabis industry is relying on speculation when deciding on the area to invest. It is good to research thoroughly since the industry is in its infant stages so that a slight mistake could be costly. The market is also likely to have high levels of volatility, which explains why you should not rely on just speculations.

However, the volatility might be enticing especially to those investing in stocks markets, but it could be risky and scary for those who do not understand the market. With the new market, it is advisable to ensure that you are guided by hard data and not just news available online.

As mentioned above cannabis market is relatively new as compared to other industries, but there are clear signs that it will stabilize in the near future. This will allow more investors to get into new and exciting spaces for investment in the market.

If you are planning to invest in the cannabis industry, it is good to diversify to cope with competition and deal with uncertainties as more investors are joining the new market. Failing to diversify is also risky in general in this sector as there are many companies operating with inadequate experience.

Moreover, investing in one market space in the cannabis sector increases the chances of suffering massive losses. This is common in the Marijuana sector as there is still some confusion on rules guarding the industry. Consequently, many cannabis stocks rely on convertible notes to finance their operations, as they are not generating positive cash flow.

Therefore, you can invest in growing marijuana, making its products or buying stocks in the cannabis market. It is good to limit yourself to a small number of shares if you are a first-time investor to control the overall cost of commissions. However, the industry is likely to stabilize soon, especially with changes in restrictive rules in different states and countries. It is also essential to avoid companies with convertible debt and even understand the risky nature of stocks.

Poor branding is another mistake that an investor is likely to make when investing in marijuana. When starting a company including the word “canna” in the name only is not enough to ensure that your products are an automatic hit on the market.

Therefore, it is good to do thorough research on what customers want without including those bad ideas. This means that you should do your due diligence on the company or any investment ideal that you are considering to invest with or this market. It is also important to find who are your competitors and the advantages that they have over your company to be able to compete with them.

Investing as only as a farmer

The other mistake that you can make is venturing in only growing marijuana rather than also trying value addition. With the changing rules on marijuana, there are many entrants in the farming sectors and the numbers are expected to grow further in the near future. This is likely to push prices of marijuana down at one point, especially at this moment when new countries are legalizing marijuana.

Cannabis market is a new venture and with a promising future.  The market has in the past few years enticed many investors as the industry continues to grow fast with more people learning about the benefits of marijuana. If you are thinking of investing in the marijuana sector, you should avoid the mistakes mentioned above.

As mentioned above, the industry is yet to stabilize as there some confusion on the rules governing the use of marijuana. However, there is great hope that it will stabilize soon, especially with the enactment of favorable regulations in different states and countries.