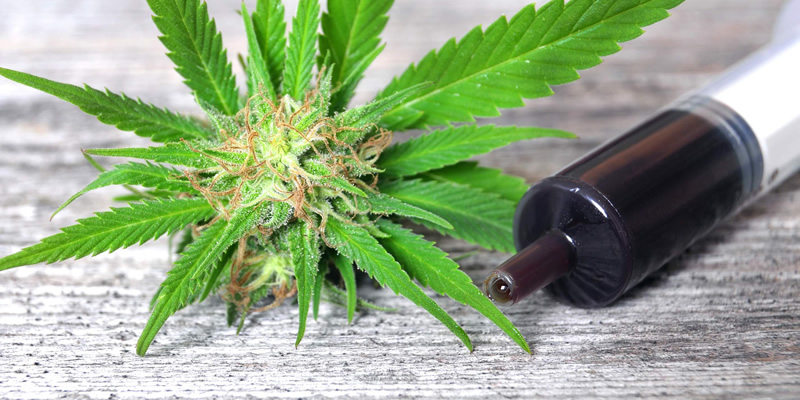 With cancer proving to be a global menace, medical experts, researchers, and other interested parties have rapidly shifted their focus to cannabis for answers. Although conclusive results regarding the matter are yet to be released, it seems like the hype surrounding marijuana as a probable cure is here stay. In fact, legalizing medical marijuana has opened up a new avenue for further studies, leading to the emergence of popular cannabis extracts such as RSO or Rick Simpson Oil.

RSO is an oil extract drawn from cannabis. It’s said to have higher tetrahydrocannabinol levels compared to the other extracts out there. THC is the most popular psychoactive cannabinoid compound found in cannabis. It’s known for causing the much-desired euphoric or high feeling among marijuana users. RSO draws its name from the person responsible for its development, medical marijuana proponent Rick Simpson.

According to Rick Simpson, applying cannabis oil to all the spots /bumps on his arm helped clear them within several days. He decided to try out cannabis treatment after seeing the results of a research published by the National Cancer Institute’s journal in 1975. The study involved the testing of cannabinoid use in mice suffering from lung cancer. In turn, the findings revealed that tetrahydrocannabinol and cannabidoil, another cannabinoid found in marijuana, killed cancerous cells in mice.

Simpson would apply the oil to a bandage and then use it to cover the cancer spots on his arm. Four days later, the growths were no more. The results led him to become not only a staunch believer of the medicinal value of marijuana but also the developer behind Rick Simpson Oil.

How to Use Risk Simpson Oil?

Cannabis use mainly depends on a person’s state of affairs and biology. Each individual has certain variables that affect his or her experience. For starters, the human body features a natural cannabinoid system dubbed the Endogenous Cannabinoid System or ECS. This system’s needs vary from time to time.

Tolerance is another crucial factor. In case you don’t use cannabis, consider starting with the lowest recommended dose. You can boost the frequency and dosage as your body becomes accustomed to cannabinoid use. Lastly, factor in your health condition, as each individual’s requirements vary.

According to anecdotal recommendations, the RSO beginner dosage for an oral syringe should be as follows:

How frequent you use RSO depends on your personal needs. You have to decide whether you desire to use the oil during specific times or maintain the stimulation of your Endocannabinoid System.

Keep in mind that no concrete evidence supports the use of RSO in treating cancer directly. For this reason, there’s a need for more scientific research to be done on all the available medical marijuana extracts. Doing so keeps the public from harm’s way, especially from possible long-term side effects. Furthermore, make sure you consult your physician before using cannabis in the course of your cancer treatment.