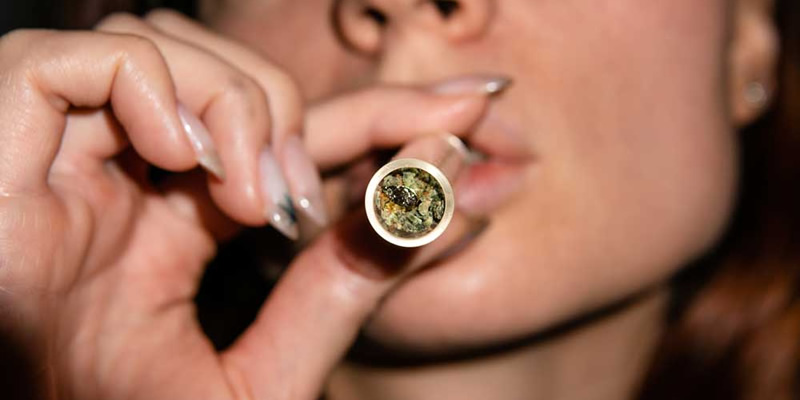 As the medical and recreational cannabis markets have boomed, many consumers still have many unanswered questions. While some insist on smoking joints and spliffs, others try to find the healthiest way to consume cannabis rather than what may provide the best subjective high. We’ll take a look at what happens when you smoke a joint or spliff versus a one-hitter and let you make up your own mind as to which is a healthier choice.

When You Smoke a Joint or Spliff

First, you’ll need a lot more cannabis to roll a joint or spliff than you’d need for a one-hitter by nature. After rolling it, you’ll inhale the effects of combustion of THC and other cannabinoids on and off for at least a few minutes. Of course, common sense dictates that the less time you’re exposed to smoke, the better.

Spliffs and joints are commonly used at social gatherings, as they’re easy to pass around. However, they aren’t as healthy as one-hitters, and they also aren’t as practical for those looking for a quick toke on the go. Now let’s take a look at the difference that choosing a one-hitter makes.

When You Toke a One-Hitter

A one-hitter is a simple device that has a very small area where users place packed, ground cannabis (often called “the dugout”). Users light this small amount of cannabis, inhale, and then they are done. This process happens in a matter of seconds, so those who pick one-hitters over spliffs will inhale far less smoke.

In addition to being healthier smoke-wise, one-hitters also promote controlled dosing of cannabis. Although it may not be a popular concept in the cannabis community, some people do want to ensure that they’re using a specific amount of cannabis for medical benefit or a recreational high. A joint or spliff is unreliable, since it burns cannabis even when nobody is inhaling, while a one-hitter uses up the tiny amount of cannabis packed into it as soon as the user inhales.

Of course, a major downside of one-hitters is that they can only pack so much cannabis in a hit. Those with higher tolerances to the substance may need to pack more and more doses until this method is impractical. However, for the occasional discreet toke, users couldn’t ask for anything better on the go. It’s fast, avoids attracting attention, and has far less of an odor than a joint or spliff would.

The Dangers of Inhaling Too Much Smoke

Though it’s been long-determined that inhaling too much smoke can be bad for your lungs, some people believe that this only applies to tobacco. Unfortunately, it also applies to cannabis. Inhaling combusted smoke, especially over long periods of time, can be detrimental to your respiratory health. Regardless of what type of smoke you inhale, you increase the risk of lung inflammation and ultimately lung cancer, contrary to what many believe or would like to believe.

This is why it’s critical that people understand that one-hitters are the perfect compromise for most cannabis consumers. Though cannabis oils and vapes are usually seen as preferable because they don’t combust, many are against using them for one reason or another. The most common complaint is that these usually focus on extracting a few cannabinoids from the plant rather than the plant itself. Other forms of consumption, like edibles, also receive similar complaints.

A one-hitter is one of the few solution that allows cannabis consumers to use the raw plant without needing to roll a joint or a spliff. It doesn’t compromise on form, allowing users to avoid oils and tinctures. While the “dug out area” varies in size by one-hitter, they are usually fairly small.

One-hitters may not be a panacea, but they certainly solve many issues cannabis consumers face today. Even though a good deal of progress has been made, many still live in places where cannabis is unlawful, making a discreet device like a one-hitter a necessity.