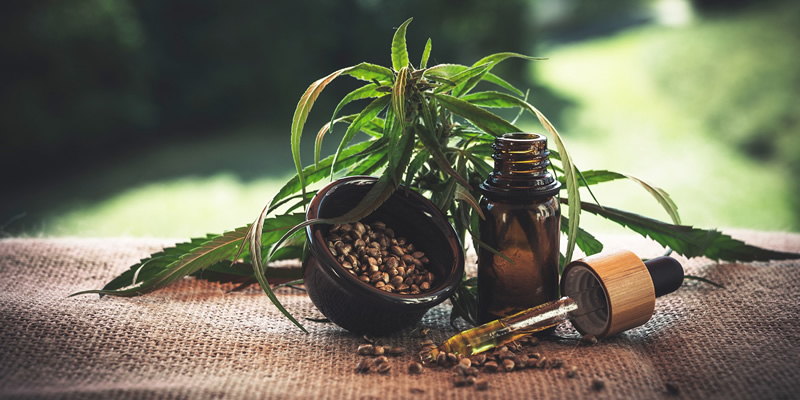 Before you start asking whether marijuana works as a natural supplement or not, consider that the earliest mention of weed in Asia dates as far back as 2727 BC, when Shen Nung, the Chinese Emperor, wrote of the use of psychoactive agents including cannabis.

Of course the reasons for using marijuana varied with different cultures, but the bottom line here is that it has been used as medicine and also as a gateway to spiritual enlightenment by people throughout history. But does it work?

Scientific research shows that marijuana can be therapeutic for a number of reasons, and based on current studies, the area of focus has been the connection between cannabinoids in the body, and those found in marijuana, and how they interrelate to cause a variety of effects.

In his writings, Sheng Nung mentioned the use of marijuana to address issues such as malaria, gout, arthritis, and interestingly, absent-mindedness. We know now that marijuana causes a spike in brain function, and can be used to boost focus and productivity; but what’s perhaps surprising to some people is the fact that those ancient cultures never had the same distorted perception that we had growing up – the idea that marijuana is bad and people who use it are losers.

There’s been a complicated history between the government and marijuana; and it’s only now that medical science has shown the tremendous benefits of cannabinoids that the federal government has been forced to reevaluate their stance on the issue.

Sometime in the 1800s cannabis became popular as a recreational drug and from then on we can see a gradual increase of use; and it’s only in the 1970s that the U.S. made it illegal with the Schedule 1 classification. Since then, multiple studies have been conducted on marijuana and people quickly learned of its unique medical benefits.

So What Is Medical Marijuana?

Whenever marijuana is used for medicinal purposes, such as when people use it for cataract (with a license in some states), the compound is then described as medical marijuana. The uses can range from eye conditions to pain and nausea; basically any condition that you attempt to treat with the full-spectrum cannabinoids.

To give you an idea of the medical uses of marijuana, here’s a quick list of seven awesome benefits:

Many people who have some experience with weed know about the ‘munchies’, but there’s actually more to it than just getting crazy hungry. Marijuana may be useful in managing eating disorders, and helping with weight loss.

There is some research that suggests that marijuana may be effective at reducing blood pressure in the eyes caused by glaucoma; and indeed, this has been one of the most commonly cited reason for people (especially mature adults) using marijuana.

Marijuana is a strong antioxidant that reduces cancer cells and in some cases actually kills them, making it less likely that a person will develop cancer. Now, we should be careful to make any overt statements like this because weed doesn’t actually cure cancer. It works more as a preventative measure, by strengthening the immune system and cells against decay.Here’s a good place to learn more.

If the sheer number of studies done in the last 40 years on weed and pain relief are anything to go by, and a lack of contradictory evidence; then we can say conclusively that marijuana is good for pain. They knew it back in China some 5,000 years ago, and it works now just as it did back then.

Nausea and morning sickness can be treated with marijuana; and in fact, doctors sometimes recommend weed to cancer patients to manage the nausea that comes with cancer meds. What’s interesting here is that heavy pot users report higher cases of nausea, although maybe we shouldn’t be surprised because marijuana is that type of drug that when taken in higher doses, it can have the opposite effects.

Unfortunately, you can’t rely on medications such as benzos or anticonvulsants to treat muscle spasticity – at least not in the long term. They often have unpleasant side effects. Marijuana on the other hand, seems to reduce muscle spasticity even for patients with Multiple Sclerosis, and it may be due to its action on brain receptors and the immune system.

Cannabis research shows that weed can be used to improve neuroplasticity, and this may be in part due to its effect on the hippocampus, which includes creating new cells, protecting existing cells, and basically reducing the chance of getting Alzheimer’s, dementia, and general cognitive decline.