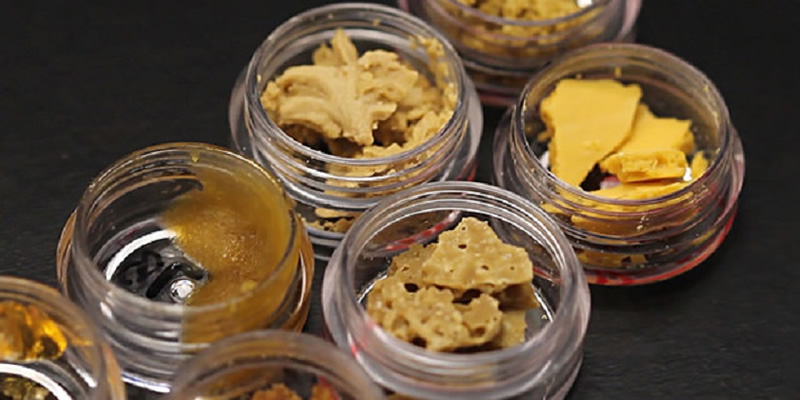 The world of marijuana is so wide that even some of the most experienced stoners haven’t dabbled into the mysterious realm of concentrates. Cannabis concentrates are marijuana products that have been processed to remove unwanted fiber and retain only the most desirable plant compounds.

Concentrates aren’t a new phenomenon; they date back to the earliest days of civilization, when humans first began using marijuana as a psychoactive drug. However, modern manufacturing has diversified and drastically improved the processes for making concentrates, making them more accessible than ever before. If you are interested in dabbling in concentrates, here’s a quick guide with answers to your most fundamental questions.

Concentrates are essentially concentrated cannabis — the good stuff like cannabinoids and terpenes without the bad stuff like the plant fiber. Concentrates differ based on the materials used to make them, the extraction process and more. Most commonly, concentrates are categorized by their consistency, which can be brittle and glass-like, smooth and creamy, crumbly, powdery and more. Here are some of the most common concentrates you are likely to find in your local dispensary:

Where Do Concentrates Come From?

Almost every type of concentrate has a unique method of manufacture, some much more complex than others. While it is possible to brew your own concentrates at home, it isn’t exactly advisable. Many concentrates need complex machinery and elements that can be difficult to procure. Plus, making concentrates can be incredibly dangerous; not only are you at risk during manufacturing, but you could poison yourself and others with your DIY concentrate if you make certain mistakes. Thus, it is much safer to acquire concentrates from trusted brands like Fuego Extracts, which serves Canadian dispensaries and individual consumers alike.

Who Should Use Concentrates?

Concentrates have exceedingly high levels of psychoactive and non-psychoactive cannabinoids, like THC and CBD. These denser concentrations can be vital for medical marijuana users who rely on cannabinoids to manage their health. What’s more, veteran stoners like to experiment with higher cannabinoid levels because over time their tolerance of the drug makes the effects of regular weed products feel benign.

However, it isn’t a great idea for you to jump straight into concentrates if you don’t have much experience with marijuana. If you do, you could experience some severe negative effects of the drug, even an overdose with symptoms like paranoia, panic, high blood pressure, severe nausea and delusions or hallucinations. If you want to work your way up to using concentrates, you should talk to a local budtender to develop a plan to increase your tolerance.

When Is the Best Time for Concentrates?

In general, the best time for concentrates is when you are ready. If you are just beginning to dabble into this world of high cannabinoid content, you might plan your concentrate experience for later in the day, when you will have fewer responsibilities and can enjoy the high. On the other hand, if you need to regularly dose with THC and/or CBD to maintain a medical condition, you should feel comfortable to use concentrates on your own schedule throughout the day.

Concentrates come with a few significant benefits, most notably the speed and power of their high. Unlike trimmed marijuana — and especially unlike edibles — concentrates start working almost immediately. This can be essential to medical users who need relief from whatever condition they suffer, but it is also useful for recreational users who want to speed up and deepen their experience.

Ultimately, your decision to use concentrates is your own, but before you invest in a stash of shatter and budder, you should strive to learn as much as you can about the products you buy. Searching for trusted brands, talking to experts in your local dispensary and reading more blogs about concentrates are good places to start.