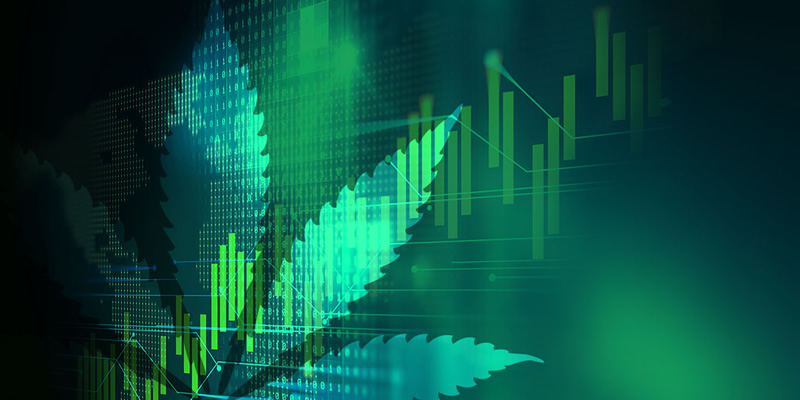 Although the marijuana industry has appeared not so long ago, we may now find numerous flourishing public businesses in this industry that do not sell the cannabis directly but gain significant revenue annually. How may this happen?

Due to the gradual legalization of cannabis sale across the world, today there are many ways of earning money in this sector. First, some companies scrutinize the medical aspect of cannabis and what effects it may have, others provide marijuana harvesters and sellers with the required software and equipment. But far more lucrative option is entering a gambling game called the stock exchange or stock market.

However, now appears a new question – which cannabis stock to invest today with such an abundance of them that join the market each day? Which one will benefit your business in this era of marijuana boom? Today we will figure out which cannabis stocks as of 2018 are worth spending money on.

What to begin with?

Once you decide to invest your money, probably the first thing everyone will do is starting to google about the options you have and crucial factors to consider. But what are these major factors you should look at when examining a company? First, the financial status of the company, then its business plan and the last – the long-term prospects for the company’s growth. We all know that amidst the cutting-edge and legitimate companies, there might be those that are unreliable, so you should monitor the market for not to get into trap. Here we have listed the best cannabis stocks that you should consider. So, here they are:

Primarily this California-based company is engaged in the production and commercialization of the pharmaceutical cannabis across the US. Being formerly known as Gulf Onshore Inc, today the new name is closely connected with the development of medicine for curing such diseases as autism, cancer, blood pressure, cell carcinoma, etc. It also co-operates with different institutions in order to find the better treatment, among which are Stellenbosch University and Dana-Farber Cancer Institute. And, in addition, it creates its own educational programs that come in video format, and from which you can learn medical marijuana law, find out the benefits of medical cannabis and cooking. Cannabis Science’s market cap as of now is $190.59 million, its target price is about €0.060, and it’s rated as BUY.

This company headquartered in New York is known for its genetic engineering and plant breeding, with the help of which they experiment with the nicotine amount in tobacco and cannabinoids in marijuana. Its market cap is about $316 million, and target price is $11.50. In fact, it’s a plant bioengineering incorporation, which is connected with such tobacco brands as Red Sun, Spectrum and Magic, which are used in separate clinical trials. As of medical aspects, it collaborates with the Anandia Laboratories and University of Virginia in developing hemp strains. Our verdict is that this is a great option, which potentially overweighs all the risks for investors.

This is another interesting candidate for investment. Cannabis Sativa Incorporation creates, develops and sells cannabis-infused skincare products across the world. Being located in the Nevada, US, it is well-known for its Recover balm, Trauma Cream, Face Garden and Lip Garden, which are cannabis-infused. Cannabis Sativa also operates two popular online platforms: iBudtender, where everyone can find useful information on cannabis dispensaries, business, various marijuana products and read patients’ reviews; and PrestoDoctor – a digital telemedicine platform, where, with the help of video conferencing, you can receive a medical recommendation from well-known doctors. This company is traded in OTC markets, under the symbol CBDS and its market cap is about $120 million, which why it has been placed in our top 7 buys list.

OrganiGram Holdings Incorporation is another Canadian company, which deals with production and commercialization of the medical marijuana with about $530 million of market cap. Its main clients are both patients and physicians who are interested in plants, seeds, dried flowers, oils, and cuttings. It’s very accessible, you can easily purchase the needed product via phone or order online. Besides, OrganiGram Inc has healing centers, where you can get help with stress disorders, trauma therapy, and chronic pains. If you want to invest your money in a credible company, this one is what you need.

This Canadian corporation that was first named Tweed Marijuana Inc. is a trustworthy provider of medical marijuana in the region, which deals with the full circle of cannabis production from growing to its realization. Besides, the product comes in various forms, such as: dried herbs, oils, capsules and hemp. Canopy Growth Corporation sells cannabis under such brands as Leafs by Snoops, DNA Genetics, Tweed and many more and has a headquarter in Canada. Its market cap is $6.5 billion and consensus target price of $48.10, which makes this company an ideal candidate for investment.

With a market cap of about $67million, United Cannabis has rights for growth and sale of medical cannabis products across the whole United States. In May 2014 this company changed its name from MySkin Inc to the one it has now. It is a trustworthy provider, which mainly specializes in developing therapeutics, among which are Prano Bio Nutrient Medicinal and Prana Aromatherapy Transdermal Roll-on products. If you do not know which business to choose, this one is definitely worth investing your money.

Marijuana Company of America or formerly Converge Global Inc specializes mainly in industrial hemp-derived and non-psychoactive cannabinoid products, which are sold under hempSMART brand all over the US. Having a market cap of $58.27 million, this company is famous for such products as hempSMART brain, hempSMART Pain, hempSMART Pain Cream, and hempSMART Drops both for human and pets, which are effective cannabis-infused products. Besides, this company provides other cannabis-oriented companies with financial accounting, property management consulting and bookkeeping.