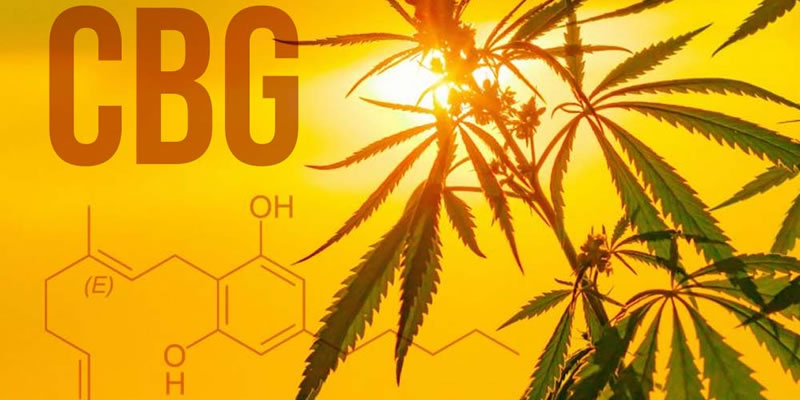 CBG or cannabigerol was discovered in 1964 by Raphael Mechoulam and Yehiel Gaoni. The non-psychoactive properties of this substance as well as its pharmacological benefits have led to its recent rise in interest. Since the compound has a wide range of therapeutic benefits, many people wonder what is CBG, what similarities it bears to CBD, and which is better.

Recent preclinical studies show that CBG shares a lot of beneficial characteristics with CBD. Unlike THC, which is known for its intoxicating feeling, CBD and CBG are non-intoxicating. These cannabinoids actually have neuroprotective, antioxidative, and analgesic properties. and both compounds have benefits when taken together?

Cannabigerol is among the 120 cannabinoids contained in cannabis. At the moment, its research is still at the preclinical stage. However, studies show that it has many therapeutic uses. Also, its analgesic properties are better than THC despite not having any intoxicating hit. Other evidence shows that CBG has antidepressant, anti-cancer, and antibacterial properties.

Cannabidiol is found in high concentration in hemp and cannabis plants of type II and type III. It was initially isolated in the 1930s from cannabis and was abandoned. Later, in the 70s, scientists discovered its anticonvulsant properties. This ignited their interest in the compound.

What Are the Differences between CBD and CBG?

CBD seems to exert an anti-nausea effect from the 5-HT1A receptor. It acts as the agonist or activator. On the other hand, CBG behaves more like an antagonist or the blocker at this receptor. Also, the findings revealed that treating previously with CBG blocked the anti-emetic effects of CBD. This implies that both cannabinoids are bound to the same receptor, but have opposing actions.

Another difference between the two is appetite stimulation. Research carried out on rats revealed that CBG made the animals eat more than what they would on a regular day. Another study showed that CBG doesn’t induce changes to animal feeding behaviors. However, CBD has been proven to significantly reduce food intake as a whole.

Why CBG Isn’t As Popular As CBD

CBG still has little research to unearth its benefits. For now, it is only considered a therapeutic treatment. Its cost of production is the largest stumbling block so far. It is one of the most expensive substances from the cannabinoid family to produce.

Experts say it takes one thousand pounds of biomass to extract tiny amounts of CBG isolate. The reason is that hemp contains small percentage of CBG while containing 20 percent of CBD. One percent of CBG content means that you need 20 times more of the cannabis biomass to produce the same amount of cannabigerol as compared to cannabidiol.

Is CBG Better than CBD?

CBG has some benefits over CBD but it is important to note that the results from the use of CBG, CBD, and other cannabinoids vary on so many factors. They include lifestyle, body types, and physical qualities. Experts believe that using cannabinoids together rather than individually will produce better results. It is ideal to find what fits your immediate need.

Both CBG and CBD occur naturally in cannabis and even share some characteristics. Still, they have different compositions and also offer unique benefits.