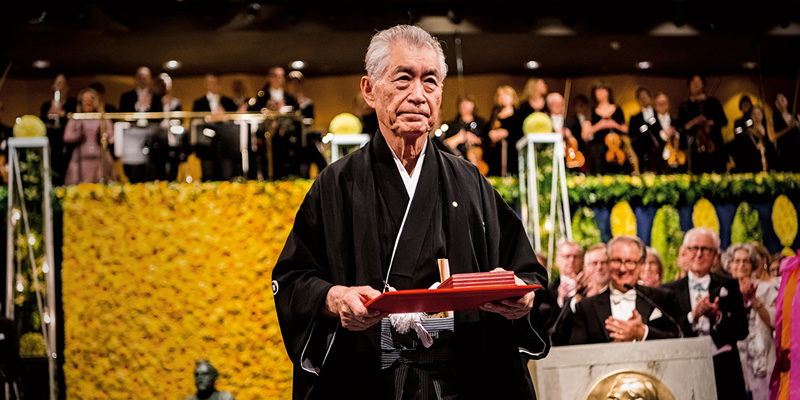 Earlier we discussed the role of marijuana in the management of cancer patients and there even have been reported that cannabinoids can be used in treating cancer, but using the immune system to fight cancer cells seems like a far-fetched dream. The reality is quite hard to believe, but immunotherapy has been transforming the way cancer is dealt with. There have been plenty of use cases for immunotherapy that have helped patients overcome diseases, but fighting cancer is unrealistic yet undying hope for many.

Two brilliant scientists have given their contribution to this research and set the groundwork for a new set of cancer drugs. Professor Tasuku Honjo from the Kyoto University and Dr. James Allison from the University of Texas Cancer Center was rewarded with the Nobel Prize in Physiology to discover cancer therapy through negative immune regulation.

The research of the physiologist duo has completely changed the way cancer was looked at. In this article, we will be discussing the research by the duo and how it paved for the hope of treating cancer with the immune system.

Cancer Immunotherapy Is the Ultimate Choice

The Nobel laureates in Physiology discovered the existence of cancer immunotherapy. They found out the immune system’s reactivity by stopping the negative regulators, PD-1 and CTL4, that have created a cure for cancer patients. Professor Tasuku Honjo worked on the PD-1 that helped in finding the link between PD-1 and PD-L1 (a cancer cell molecule). Honjo did not only find a radical way to fight cancer but all the way he did not also leave the hope that cancer immunotherapy can be the next best thing in cancer treatment.

The Mighty T Cell – Heart of the Revolution

You might have heard about T cells earlier; they are powerful cells in our body that protect it from bacteria and viruses. There have been instances where T cells help in destroying the inferior. T Cells flow through the body and scan for the possible danger that might affect the body adversely. They will constantly make amendments in the body and make sure how to react when the invaders attack.

T cells can only plan how to attack, but they cannot make any move. Instead, they can alert the other immune cells to start their work. T cells have a collection of molecular machinery on its surface that helps them make a wise decision. Allison and Honjo elaborated on working two internal components – CTLA-4 and PD-1 that make the T cells even stronger, instead of making them dormant.

As mentioned above, the surface of the T cells was way stronger than their interiors. There was a new way to look into these cells that controlled the immune cells. It was a few years back that Honjo and his team discovered a new molecule that has the capability to influence the activities of the T cell; these newly found cells were named PD-1.

PD-1 attaches to the molecule present in the cancer cell, i.e., PD-L1. The interaction between PD-1 and the cancer cell molecule allows to boost the immune system, fight the tumor and concentrate on restricting it completely. With the further use of drugs, including cannabis-based medicines, tumor cells are revealed to the immune system that will provide the right opportunity to the T cells to make a move and destroy the cancer cells. It is called cancer therapy by the inhibition of negative immune regulation.

When he started to discover the new cells, he was not even aware that he was working on a cure or therapy. He never thought his discoveries would lead to a cancer therapy that could actually work. He and his team started to unravel the PD-1 and understand its functioning, and it took 10 years to realize its importance in the immune system.

The aim of Tasuku Honjo and his team was to perform basic research on checkpoint protein. i.e., PD-1 in T cells that will work as an off switch to prevent the T cells from attacking cells. Placing the research as the foundation, many drug developers were able to work on those switches. As a result, drugs such as Opdivo and Keytruda are used to treat varied types of cancer today.