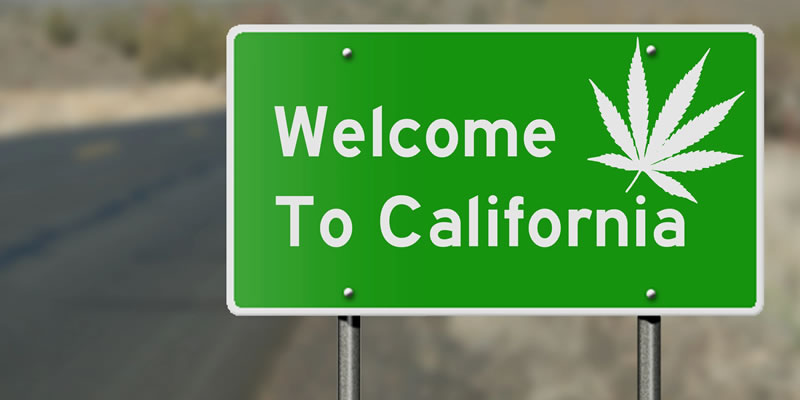 According to US federal law, marijuana is illegal and smoking weed can land non-citizens into trouble. They can get banned for life from the states for using the drug. The government became stricter in punishing the offenders of this federal law. A foreigner with a visa may get banned from entering the US over prior use of marijuana. There is always a presumption that such a person is suffering from a controlled substance problem. Based on this assumption, the US can also deny visa applications.

Despite the crackdown of the federal law on marijuana use in the US, tourists can legally buy the drug in California, because marijuana consumption is legal in this state. However, they have to adhere to the regulations and guidelines relating to weed intake. If not, the foreigners risk getting arrested. The law enforcement agents may also question anyone using or possessing weed.

Where Can Tourists Buy Weed in San Francisco?

Before the legalization of recreational marijuana, foreigners and residents could only legally buy it with a physician’s prescription. Doctors only recommended weed for some medical conditions, but when the state passed the ‘Adult Use Marijuana Act’, legal retail dispensaries received licenses to sell weed without prescription.

Tourists can buy weed from dispensaries, such as Mission Organic Center. They can also find a list of the legal dispensaries on the website for ‘California Bureau of Cannabis Control or use WeedMaps. However, it is illegal to buy weed from unlicensed retailers.

How Can Tourists Buy Weed?

At the dispensaries, you have to show a medical marijuana card before you can purchase any product. The ID is also necessary to confirm that you have reached the legal age for weed consumption. Besides, most of the legal dispensaries accept only cash transactions. The prices of the drug products may be a bit higher due to the taxes on legal marijuana.

Though retail dispensaries serve the public, some legal dispensaries in San Francisco only sell medical marijuana. Verify whether a facility offers public sales before you visit it. You can put a call across or check the dispensary’s website. Also, you can browse the menus of the dispensaries online.

How Much Can You Buy?

The dispensaries can sell 28.5 grams of the ready-to-smoke marijuana leaf to a buyer. You can also buy up to 8 grams of weed concentrates at once. Edibles containing the concentrates are available at the dispensaries. Besides, you can choose from different marijuana products including cannabis-infused drinks.

If you don’t know which marijuana product to choose, an employee of the facility will help you. A menu explains the forms and blends of the products displayed in a glass case at the dispensary. The potency and quality of the products vary. Check the labels and take note of the THC concentration.

You cannot sample any of the marijuana blends displayed at the facility. Their alluring names have nothing to do with their potency. Ask an employee to explain the effect of each dispensary’s products to you if you are confused. The staff will help you to choose the blend suitable for you.

Basic knowledge of marijuana effects helps make the right choice. There are three major varieties of marijuana plants. They are Indica (relaxes the body), Sativa (high in THC), and a crossbred of these two varieties. If you do not understand the terms associated with marijuana usage, just take low dosages measured in milligrams.

Where Can Tourists Use Weed?

Except for few private residences, there is a restriction to marijuana use in most San Francisco property. Even after the purchase, the state guidelines on marijuana require that you use the sealed package in a private place. Just like alcohol, it is an offense to have an open container of weed in your car or use it while driving.

Though hotels and apartments ban the use of marijuana, some resorts and events allow weed smoking. However, there is an alternative for foreigners who consume marijuana and stay on a property that prohibits weed consumption. Smoking lounges within California cities became legal due to the legalization of recreational marijuana. Most of them are linked to retail dispensaries.

Property owners can ban weed smoking on their property. Unfortunately, you can’t use marijuana if you lodge or rent a home in such buildings. Keep in mind that you will be fined if you light up in a hotel room with a no-smoking policy. The same penalty awaits you for public use if you smoke on your balcony. The stink of smoking will give you away.

Many marijuana users opt for odorless weed products such as vaporizers and edibles to avoid defaulting on the no-smoking policy. But there is a new development! Some marijuana-accepted lodgings are available in San Francisco. An online search will help you to locate such places. With permits, some businesses including cafes have designated areas for weed smoking on their premises.

Is It Legal to Transport Weed?

The federal law places marijuana in the same category as heroin. You can’t fly with it, mail, or ship the drug. You can only transport weed or edibles properly sealed in the containers they were purchased. Lock up open containers in a vehicle’s trunk. It is an offense to take marijuana to other states, even when the destination state has legalized the use of the drug for recreation.

Tourists should not try to take Marijuana out of California. If caught, you will face criminal charges. You should also consider taking a taxi or using public transport after using marijuana. Do not drive after leaving a legal smoking event or a smoking lounge. If you drive when you are high, you will face charges just like someone driving while drunk.

The regulations prohibit minors from handling marijuana. They can’t accompany you to a legal dispensary to make a purchase. Besides, an underage person must be 18 to use medical marijuana prescribed by a physician.